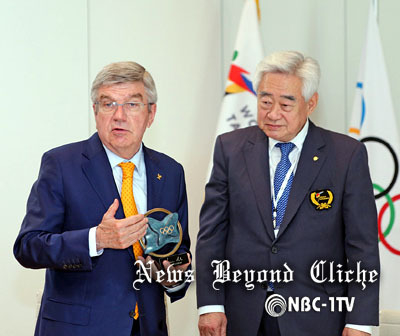 [By NBC-1TV K Y Yi]  LAUSANNE, Switzerland (May 12, 2022) - The World Taekwondo Council today awarded the city of Baku, Azerbaijan the 2023 World Taekwondo Championships during an Extraordinary meeting at the Olympic House in Lausanne.

Baku presented its bid to the Council during the meeting alongside Wuxi, China. The World Championships will be particularly special as they will fall on the 50th anniversary of World Taekwondo. The exact dates will be confirmed in due course.

IOC President Thomas Bach attended the meeting and heard a number of key reports from the Council. World Taekwondo President Chungwon Choue provided an update on the great success of the recent Goyang 2022 World Taekwondo Poomsae Championships which saw more than 1,000 athletes from 63 countries, aged between 12 to 71 years old take part. A report on Taekwondo’s contribution to the UN Sustainable Development Goals and in particular its support of refugees and displaced persons was also presented. Special mention was made to the first ever Hope and Dreams Taekwondo Championships which was hosted by the Taekwondo Humanitarian Foundation (THF) on 19 March for more than 200 refugees in Jordan. 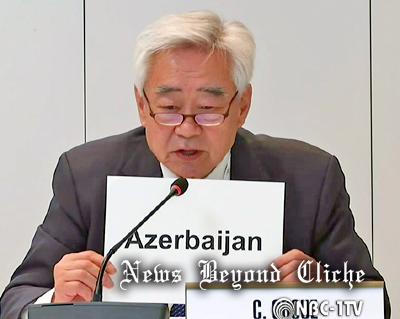 “I have the pleasure to welcome President Choue and the World Taekwondo Council today to the Olympic House. For years, World Taekwondo has been an important partner to the IOC in terms of contributing to Olympic Agenda 2020 and Olympic Agenda 2020+5, especially in humanitarian activities for refugees and displaced persons. Now, it is really impressive that World Taekwondo is becoming the leader in virtual combat sport by combining physical activity and virtual reality. We look forward to further advancing our partnership and friendship.”

“We are delighted to be joined in person by so many Council members here in Lausanne and of course it is also our honour to host IOC President Bach.

“We congratulate Baku on being awarded the 2023 World Taekwondo Championships and we have no doubt that with all their experience and expertise they will host a fantastic event to celebrate our 50th year. We also thank Wuxi for their bid. With the highly successful World Taekwondo Poomsae Championships in Goyang last month and our Rome World Taekwondo Grand Prix approaching next month we can see that Taekwondo is back in full swing. After a long time of disruption due to COVID-19, we are delighted that our athletes and fans have the opportunity to enjoy world-class Taekwondo events once again.” 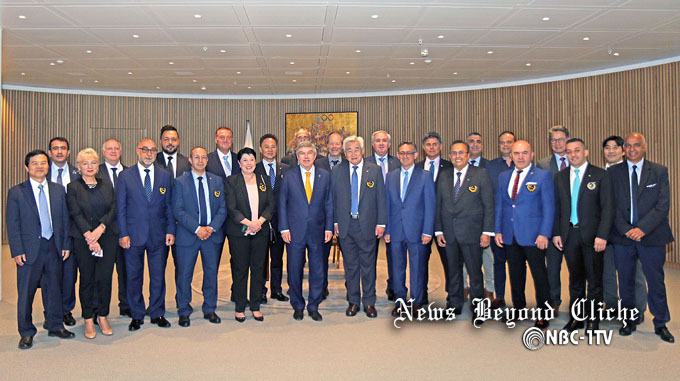 During the meeting, the members also approved the motion to move the host city of the 2022 World Taekwondo Championships from Cancun to Guadalajara due to political and financial difficulties.

After the meeting, the Council were taken on a tour of Olympic House and had a lunch hosted by President Bach.

The next World Taekwondo Council meeting will take place on August 1st followed by the General Assembly on the occasion of the World Taekwondo Cadet and Junior Championships in Sofia, Bulgaria.