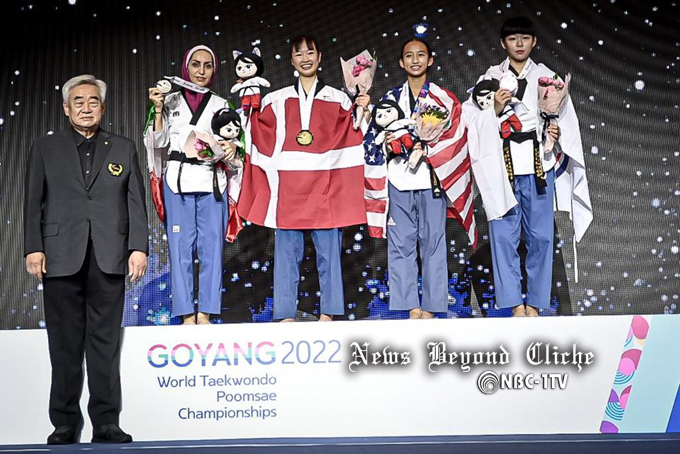 By NBC-1TV K, Y Yi] GOYANG, Korea (April 24, 2022) – World Taekwondo has held a total of 12 World Poomsae Championships since the inaugural event in 2006 - and following their victory in Goyang today, Team Korea has won every one of them.
At the close of the Goyang 2022 World Taekwondo Poomsae Championships, with four days of competition over and done, Korea had won 20 gold medals, followed by Chinese Taipei with four, Spain and USA with three each. The top teams of the event were named as Korea, followed by Chinese Taipei, USA, Spain and Iran.
In addition to the countries mentioned above, Denmark, Iran, Mexico, Peru, the Philippines and World Taekwondo each took home one gold medal. Overall, 24 separate teams won medals.
The end of the championship also saw various MVPs being named.
The male MVP for recognized Poomsae was Wan-jin Kang of Korea, who won the Recognized Individual Male Under 30 category. The female MVP for recognized Poomsae was Eva Sanderson of Denmark, who won the Recognized Individual Female Under 30 category. 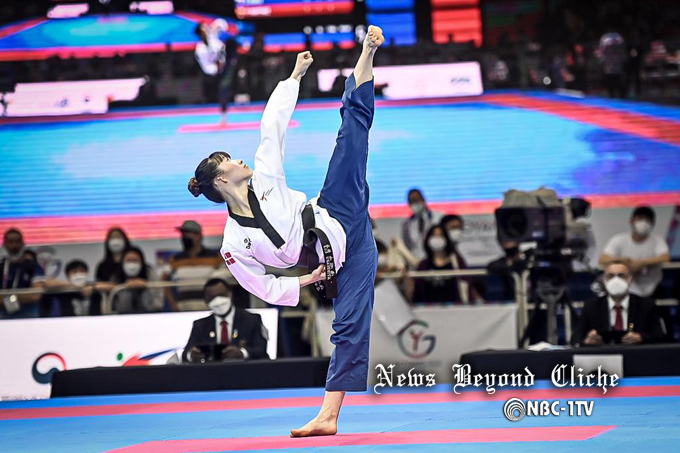 The female MVP for freestyle Poomsae was Ye-eun Cha of Korea, who took the title in the Freestyle Individual Over 17 division. The male MVP for freestyle Poomsae was Nam-hoon Lee, also of Korea, who captured the Freestyle Individual Male Over 17 title.
The best coach, male team, was Korea’s Myung-hwan Cha. The best coach, female team, was Jinho Lee of Chinese Taipei.
The best male referee was Yong-won Jeong of Korea. The best female referee was Nesibe Altun of Turkey.
The winner of the active participation prize was Team Colombia. The winner of the best fighting spirit award was – to nobody’s surprise – Team Ukraine.
A closing ceremony featuring the K-Tigers Demonstration Team was an appropriate ending to four days of killer kicks, dizzying spins and soaring aerials.
The host nation of the next World Taekwondo Poomsae Championship, set for 2024, remains to be chosen.
For the full results of Day 4’s competition, please refer to the attached file.
By NBC-1TV K, Y Yi 의 전체기사 보기