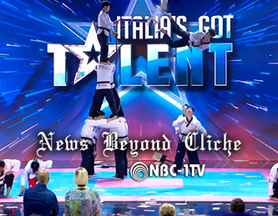 World’s best taekwondo athletes ready for spectacular season finale in Moscow [By NBC-1TV K, Y Yi] SEOUL, Korea (28 November 2019) - Finalpreparations are underway in Moscow as the Russian capital readies itself towelcome some of the world’s best athletes for the World Taekwondo Grand PrixFinal and end-of-season Gala Awards on 6-7 December 2019. 128 athletes from 42countries are expected in the Dynamo Sports Palace for the Grand Prix Final.Competing in eight different weight categories, athletes will be battling outfor gold and the last remaining WT Olympic ranking points before Tokyo 2020qualification places are decided. Athleteswill also be showcasing the new competit

First female Vice President of Arab Taekwondo Union focused on the future [By NBC-1TV K, Y Yi] SAHL HASHEESH, Egypt (October 14, 2019) - The future of taekwondo is changing, and Ms. Azza Fouly, Head of the Organising Committee for the 2019 World Taekwondo Sahl Hasheesh Beach Championships, is at the heart of it. It is the first woman to be elected Vice President in the history of the Arab Taekwondo Union. She was unanimously elected into the Arab Taekwondo Union General Assembly back in April this year, as well as becoming the youngest candidate to be elected for among sports federation in Arab. In an interview with World Taekwondo, she said: "It was revolutionary m